Connected by themes of expectation and suspense, Fung and Turner allow their artworks to evolve. Yin Yi Fung’s sculptures have a lifespan – they are intended to transmute slowly and transform over time, and eventually to self-destruct. The outcome of these time-critical installations is therefore undetermined; the ice melts, the clay dissolves, the metals rust and the future appearance of the work is impossible to predict or reproduce as industrial and organic materials take on their own direction, crashing together past, present and future. 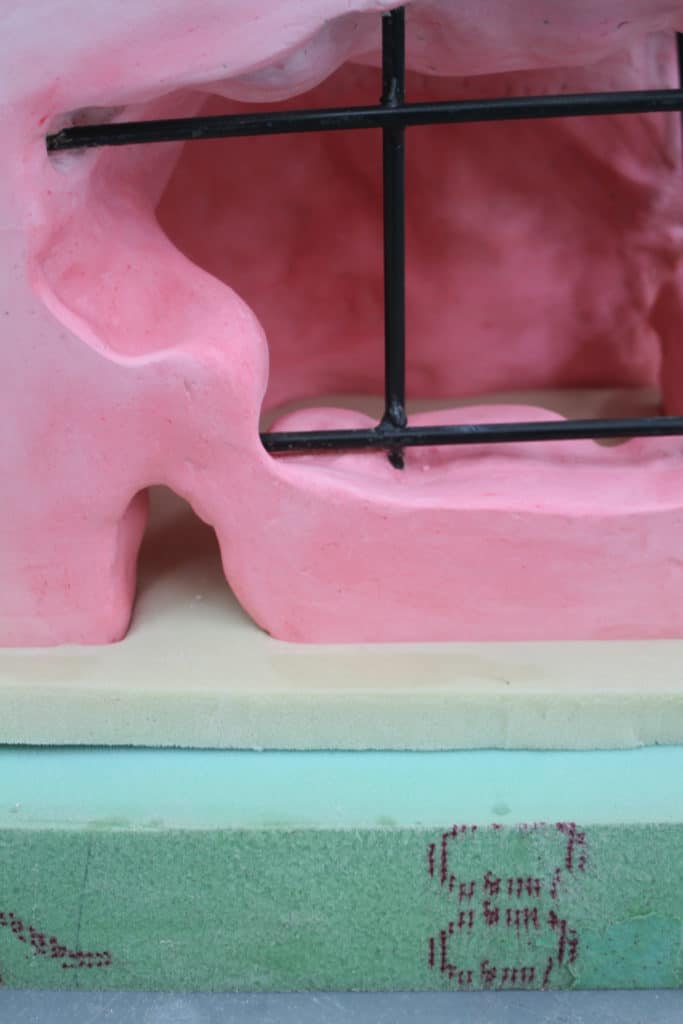 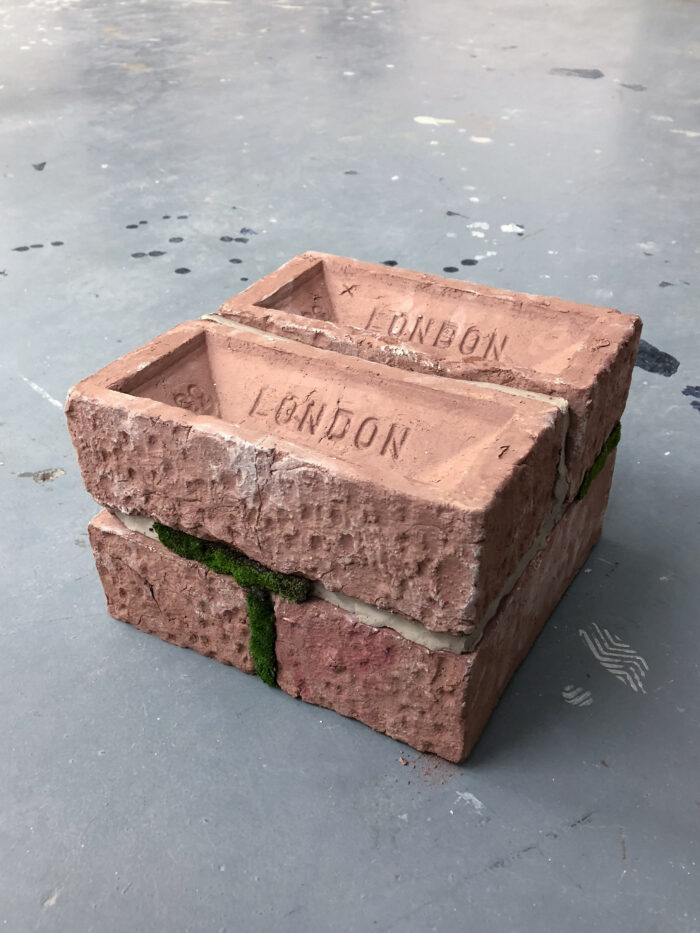 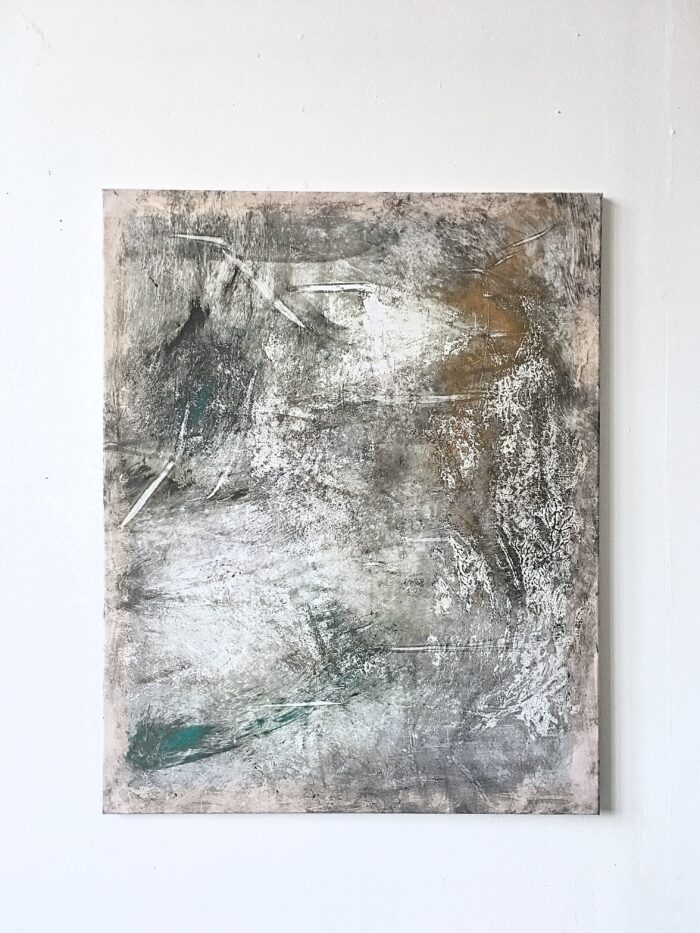 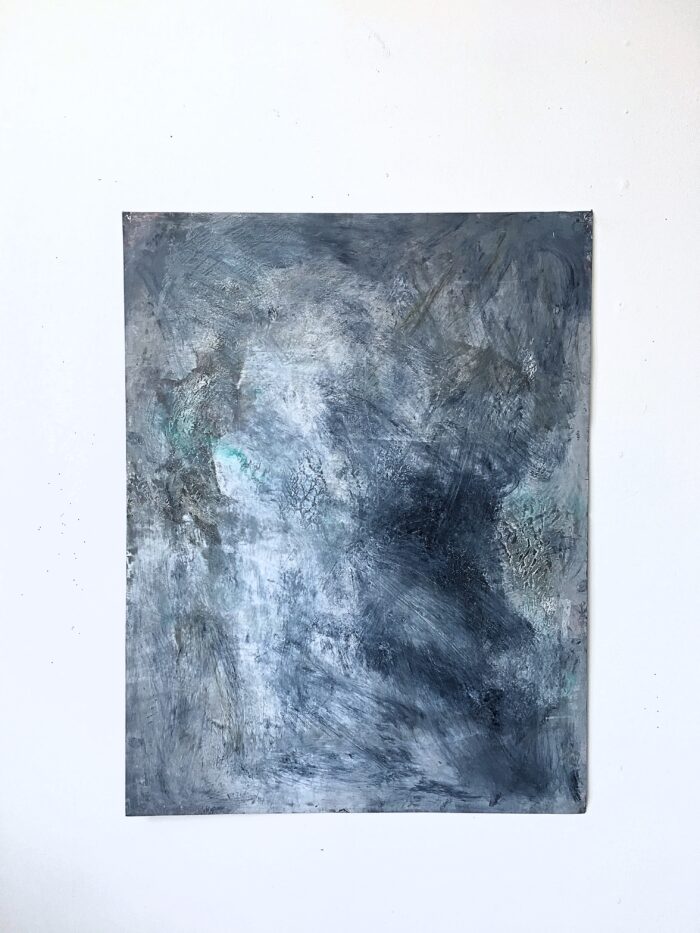 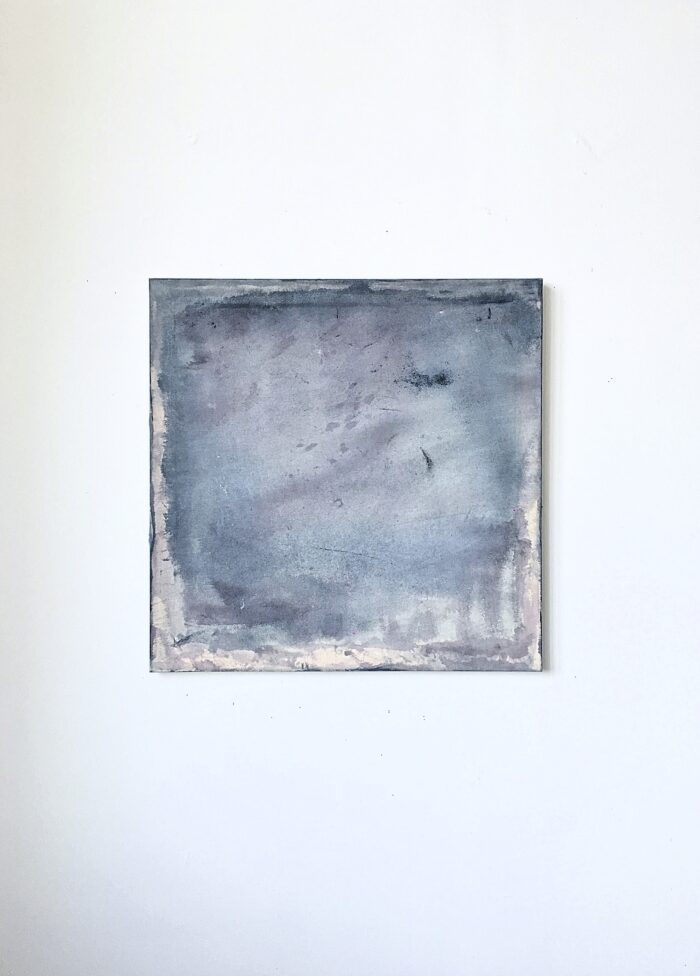 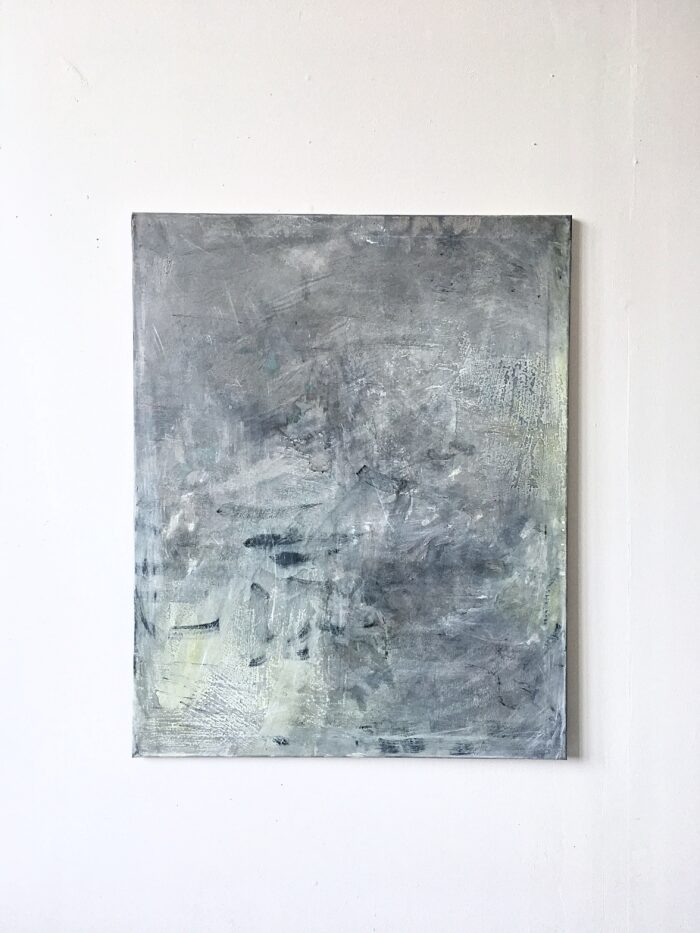 Through acts of removal and additions, Rikki Turner’s gestural paintings engage with the idea of perceptions and an unfolding visual language, leaving the viewer to question the materiality of the surface.  Perplexed by the notion of something beneath a surface or an image alluding to another space or dimension, Turner’s paintings play with the organic too – oil paint is spread like rust on a metal sheet; diluted paint coats itself thinly over linen. By using these techniques, the works reference landscapes although their looseness leaves the chance for a thoughtful and sensitive meaning to unfold.

For both artists, the works alter from produced to producing: the work is made yet continues making and unmaking itself. Instead of eliminating the unwanted or aiming to control the built environment, both artists’ practices are an experimental way of opening up a dialogue, creating a relationship with our ever-changing habitus.

Yin Yi Fung (b. 1995, Hong Kong) graduated from BA (Hons) Fine Art in the summer of 2018 at Central Saint Martins after studying at University of Art and Design, Cluj-Napoca, Romania (2016) and Camberwell College of Arts (2014).  At the Summer Degree Show Yin Yi Fung was awarded the ‘Sid Motion Gallery Prize’, as well as the CSM associate studio programme. In 2017 Fung won the SEED Fund ‘Think it’ Competition 2017, and in 2016 she was shortlisted for MEAD Scholarship.