The title of the show references the common conceptual themes that these artists explore in relation to time, place and memory. 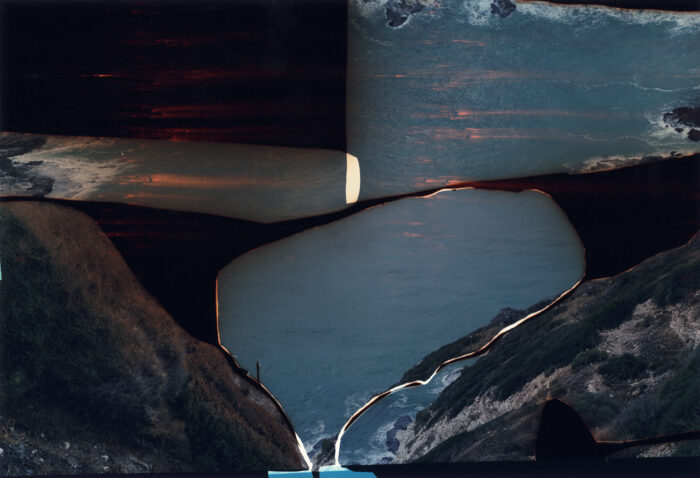 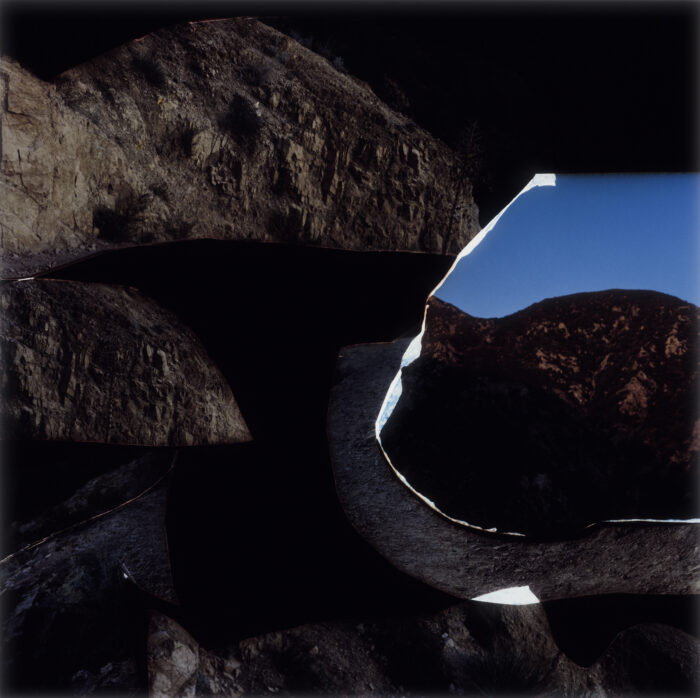 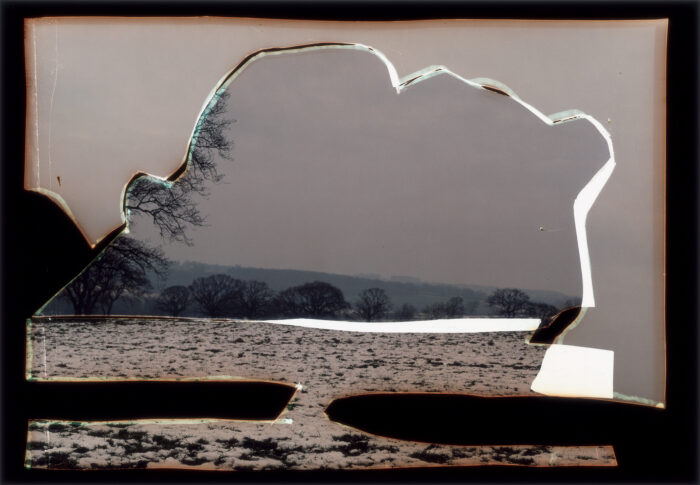 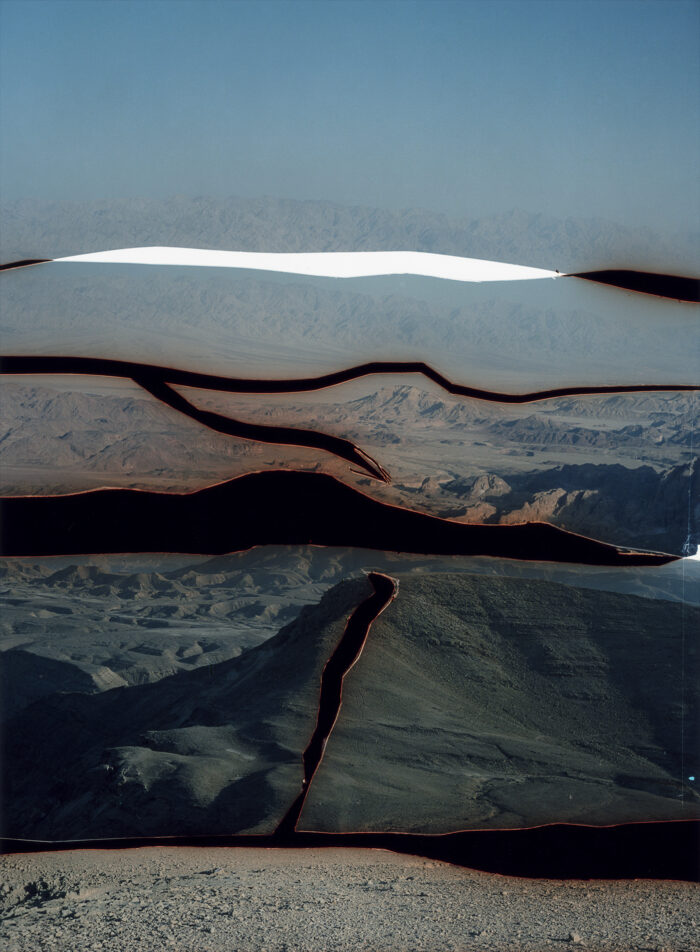 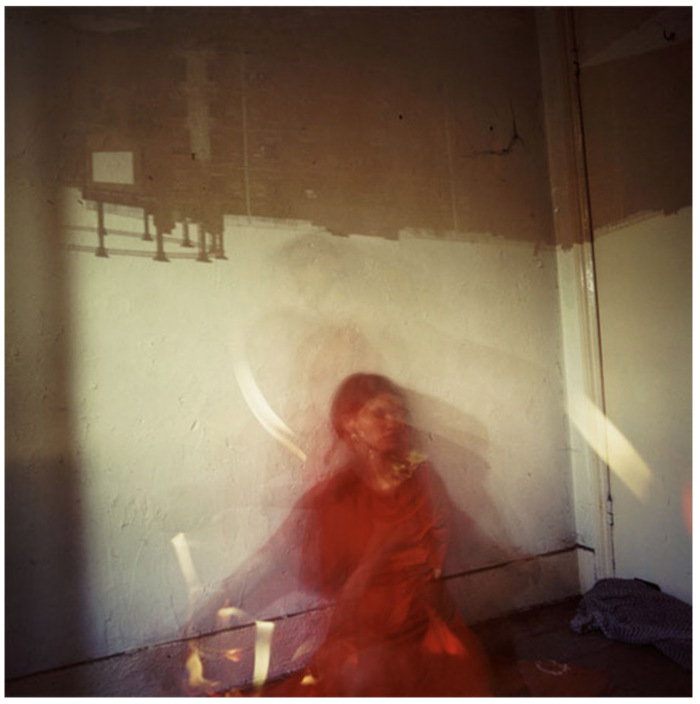 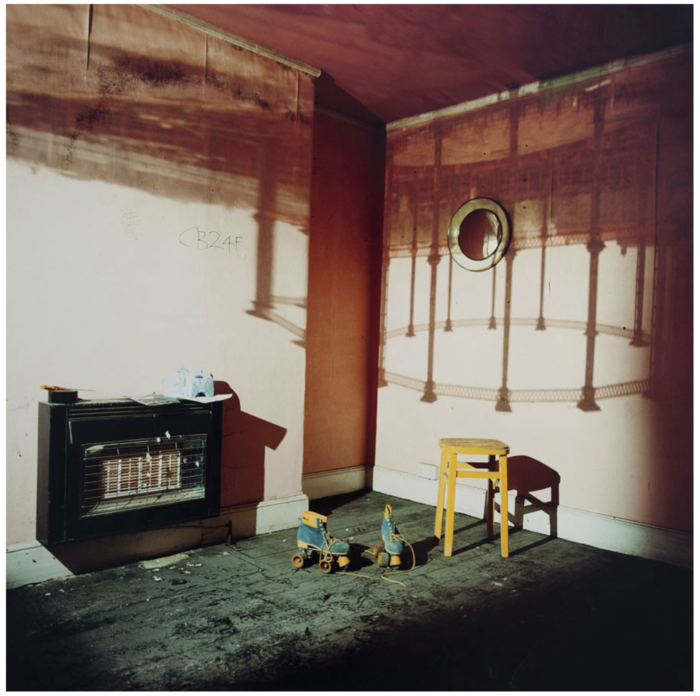 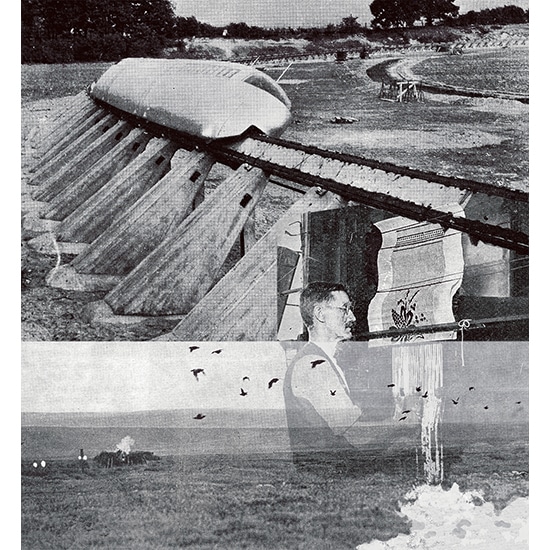 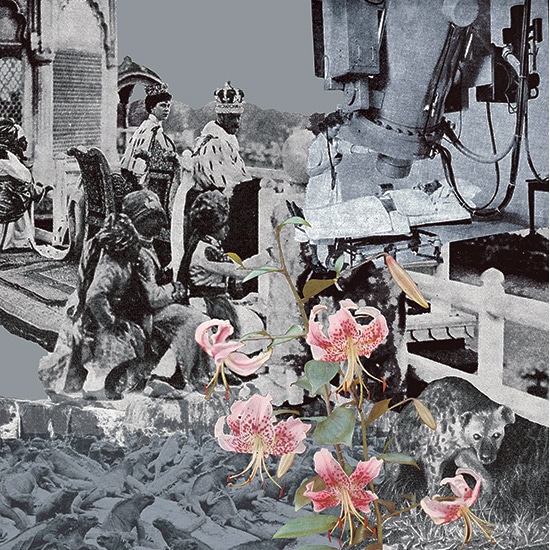 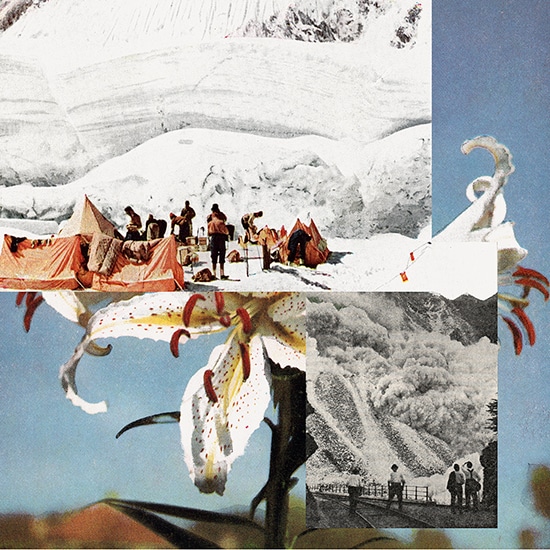 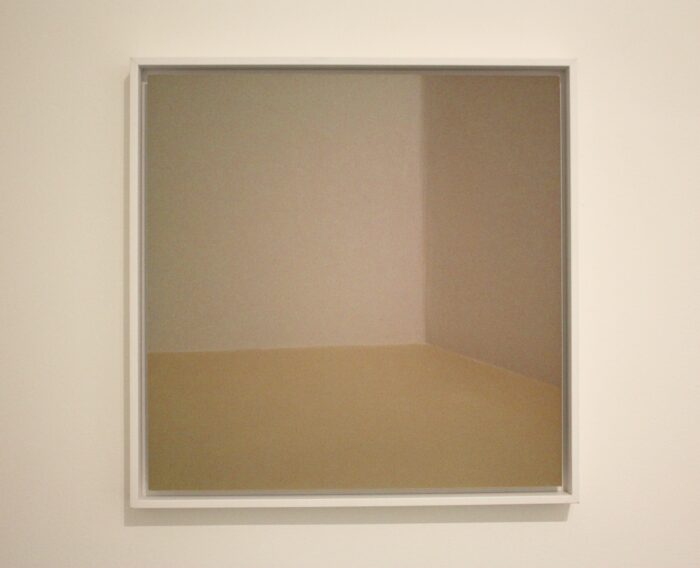 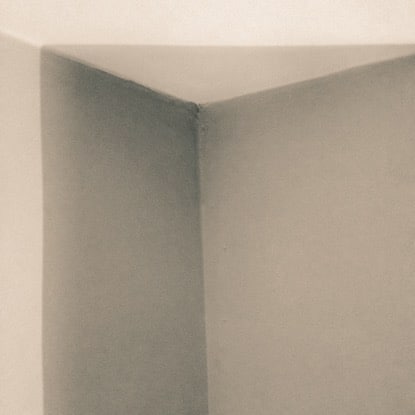 Dafna Talmor presents work from her series 'Constructed Landscapes', an ongoing project built of a personal archive of photographs, gathered over many years, shot in different natural environments globally. Born in Israel, raised in Venezuela and a regular visitor to the USA, but living and working in London, Talmor collages together medium format colour negatives before exposing them to create her images. Combining the ‘real’ and the imaginary, she slices out the man made traces in her images – making them timeless and place-less, creating a utopian space, blurring time, place and memory.

Mick Finch who presents works from his current 'Book of Knowledge' series. Finch uses appropriation to explore constructed landscapes – both in construct and imagination. While Talmor finds her landscape from personal travels, Finch uses images found from hours of trawling volumes from an 8 volume series of encyclopaedias published by Waverly in the late 1950s - referencing the earliest photographic images he was exposed to.

Minnie Weisz exaggerates the image by using the camera obscura technique, turning entire rooms into cameras then capturing her subject. Weisz's studio is located in King’s Cross, close to the gallery, an area Weisz has documented from the start of its regeneration. Through these works using dilapidated abandoned buildings we bear witness to history and the shifting of time, to memories past and present, again bordering a threshold between the real and imagined, dream and reality.

Further exaggerating the emotions loaded on the everyday, London-born, Paris- based artist Ben Nason presents new works from his current Infinite series. Starting in 2015 when revisiting an image taken two years before of a corner in one of the rooms at a Claudel/Bourgeois show in Avignon, Nason studies the quiet intersection of the gallery and of private space - the meaning of a single corner is exaggerated, each image is personified and has its own mood, colour and story.

Dafna Talmor is an Israeli-born artist and lecturer based in London whose photographs are included in the Deutsche Bank and Hiscox collections and private collections internationally.  Her work has been featured in numerous publications including Camera Austria, ArtReview, Hotshoe, IMA, GUP, BJP, Photomonitor, to name only a few. Talmor is the recipient of the Breathing SPACE Bursary, Arts Council England Grants for the Arts Awards, Photofusion Select Bursary and the IV Daniela Chappard Biennale Photography Award.

Ben Nason is a London born, Paris based artist who studied at ICP in New York (1993 -95), and has since exhibited in New York (Kerrigan Campbell Gallery), Copenhagen (Martin Asbaek Gallery) and Paris (Galerie Foret Verte). His work has been written about by Chris Mooney in ArtReview and Roberta Smith of The New Times.

Minnie Weisz is a British artist who received an MA in Communication Art and Design at the Royal College of Art and BA Graphic and Media Design at London College of Printing. Weisz has exhibited extensively internationally, most recently exhibiting a solo exhibition, Stories, at Swiss Cottage Gallery, London earlier this year. Weisz has participated in Artist Residencies in London and Arles, as well exhibiting in numerous group shows and publications since the mid 2000s.

Mick Finch is a British artist who is the BA Fine Art Course Leader and Reader in Visual Art Practice at Central Saint Martins, London. Finch has exhibited internationally, most recently in a solo show, Engrams, at the Piper Gallery, London, and the group show Painting, Tableau, Stage at Urban Space, Columbus, Ohio.  Finch has been published widely and is an associate editor of the Journal of Visual Art Practice and the Journal of Contemporary Painting. Having lived and taught for 20 years in France, Finch has written extensively about post war French post-war art. In 2011 Finch was an Abbey Fellow in Painting at the British School, Rome and is a Senior Scholar of the Terra Foundation, Paris.