Sid Motion Gallery is delighted to present a solo exhibition of new painting by the British artist Nathan Eastwood.

Eastwood draws inspiration from the Kitchen Sink Painters of the 1950s – his minimal, monochromatic enamel paintings aim to reflect his social realities and are allegories for our everyday existence. Eastwood depicts banal moments of day to day life in meticulous detail, allowing us to question our social conditions, and the larger implications of our social standing. 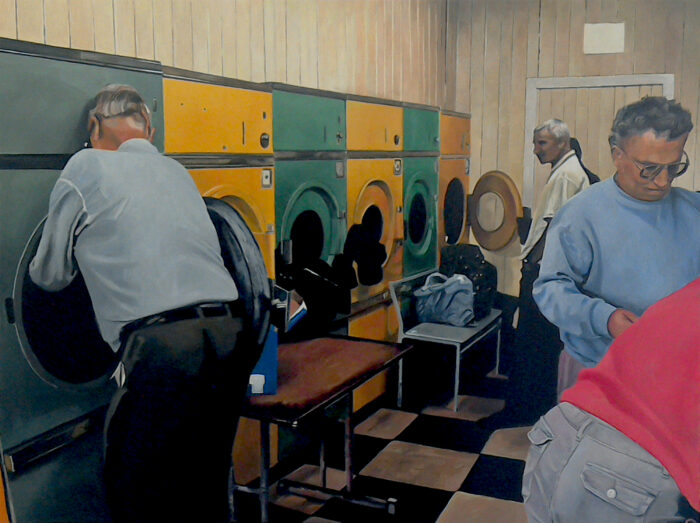 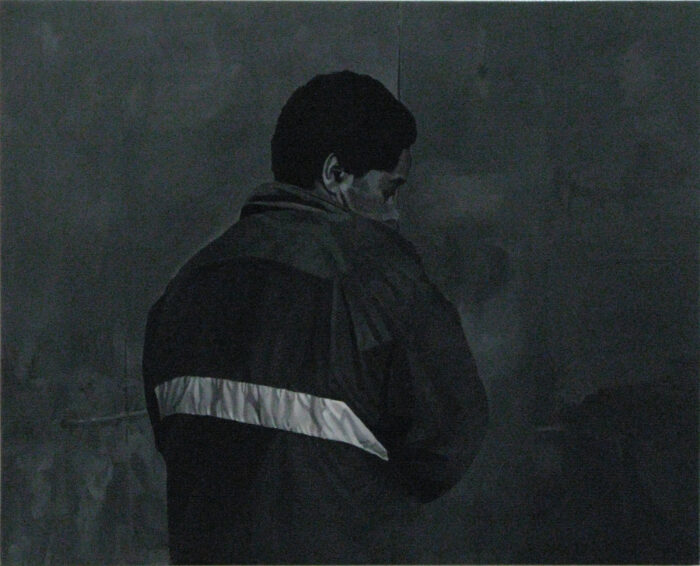 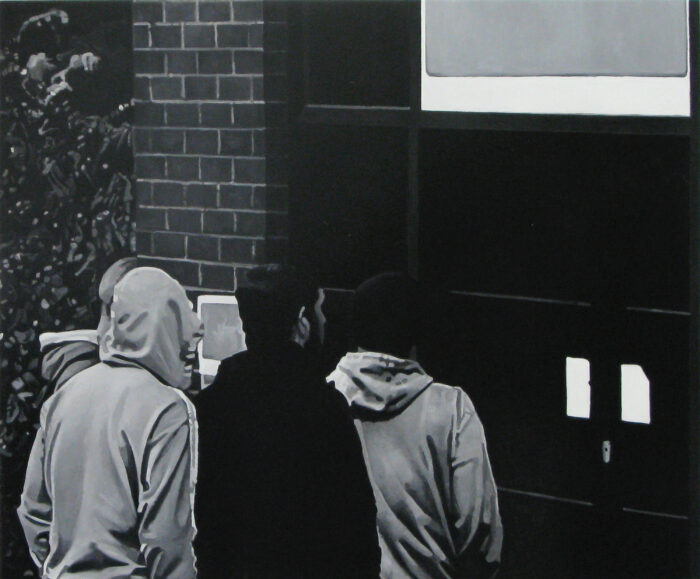 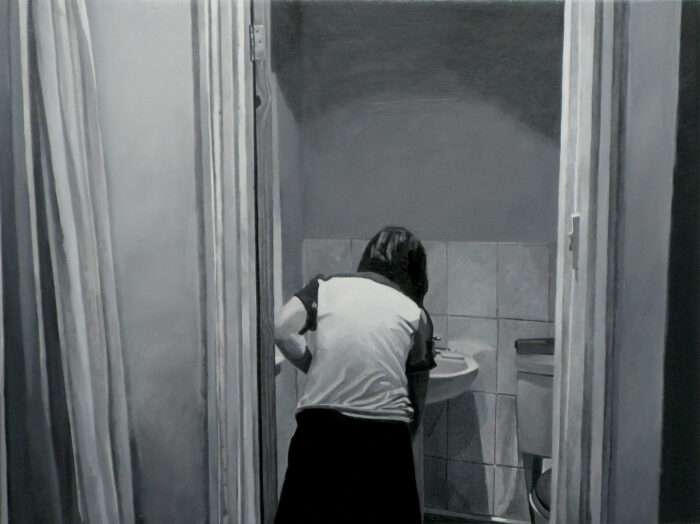 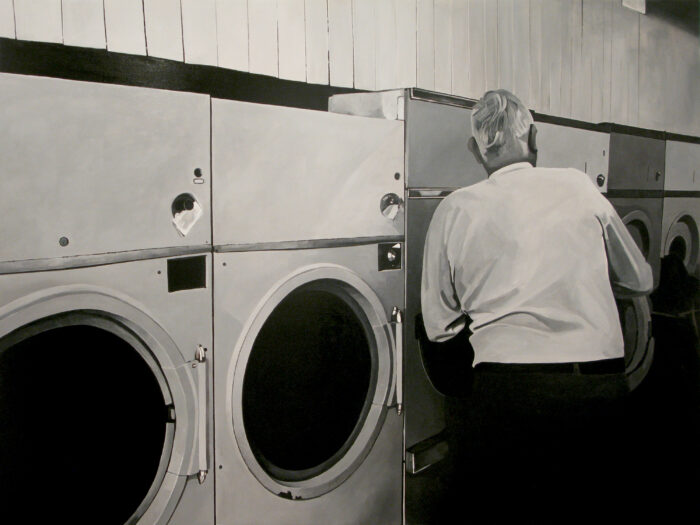 Through truthful revelations of both subject and process, the making of work in a domestic space is emphasised. Using a camera phone to capture the imagery Eastwood is able to present an unremarkable moment which places the viewer in the room while his subjects are unaware – non confronting, yet firmly placed in the present. These obsessive, intensely atmospheric and melancholic paintings operate within the conceptual framework of photo-realism, yet the works reveal loose brush marks and surface imperfections such as trapped dust and hair under a seemingly shiny surface. In this way the paintings are fictional rather than strictly photo-realistic.

The exhibition’s title My England refers to these social observations, yet has subtexts of the UK’s Punk history: think of the Specials ‘Blank Expression’, or Sham 69 ‘I Don’t Wanna’.

The exhibition is presented at a time of such political importance, enabling a contemporary reading of these moments and the subjects at home in them. The exhibited landscape also resonates with the gallery’s own position in an area of regeneration and renovation.

“A new form of politics is emerging, and in ways we haven’t yet noticed. The living room has become a voting booth. Participation via television in Freedom Marches, in war, revolution, pollution, and other events is changing everything.”  Jerome Agel