Sid Motion Gallery is pleased to present a group exhibition, 'Composing and Caring', which includes new paintings and works on paper by Joseph Grahame, Vincent Hawkins and Antoine Puisais.

The exhibition title plays on the Latin derivation of ‘curation’ and the multiple meanings of the word. The grouping of these three artists has developed from each of the artists’ interest in process and composition, and the gallery’s continued concern for the importance of curation. Through the exploration of surface and spontaneity, all of these artists employ improvisation, chance and process to create their loose, abstract compositions. The exhibition emphasises how spontaneity becomes crucial to the outcome of these works. 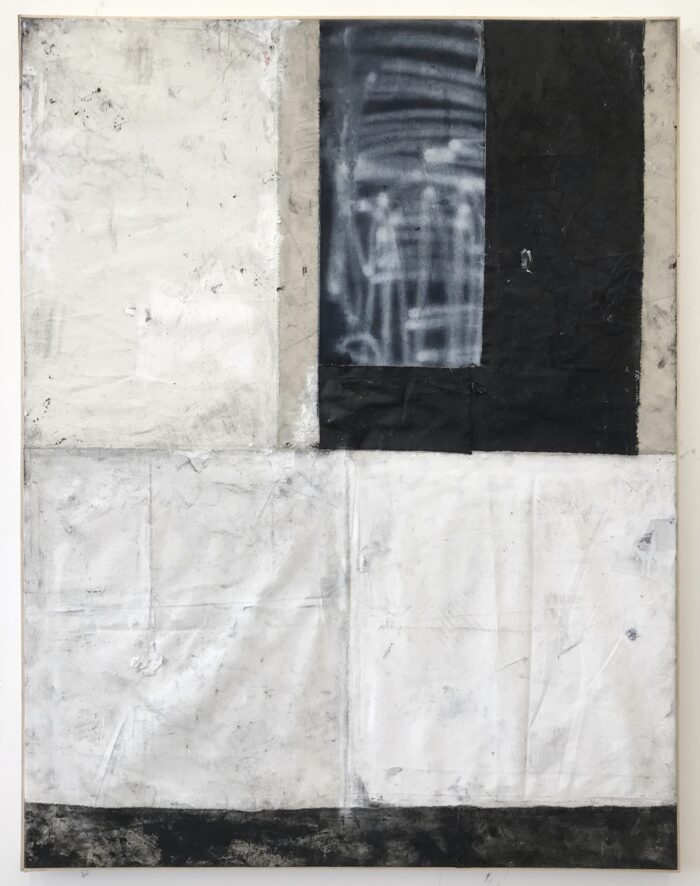 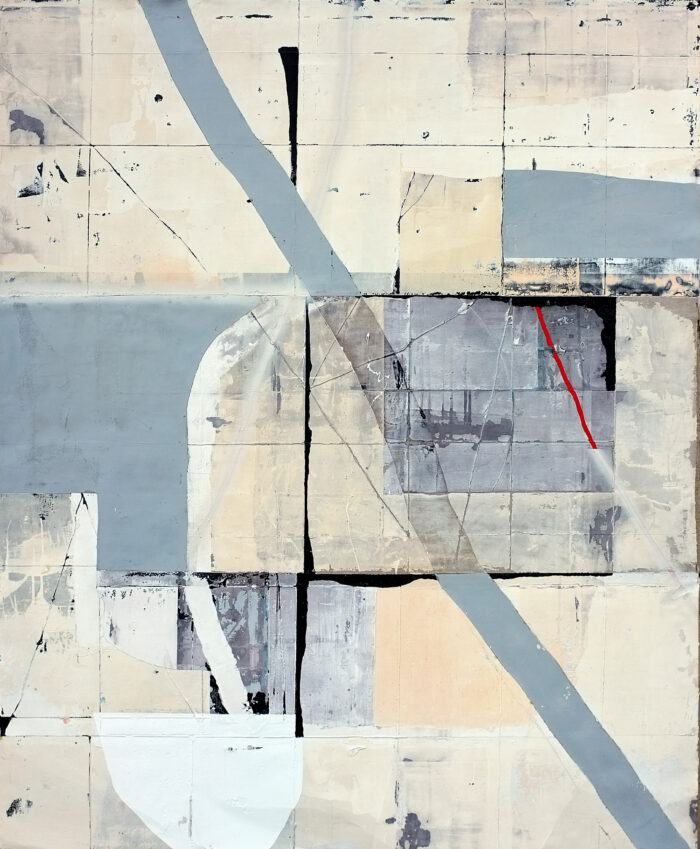 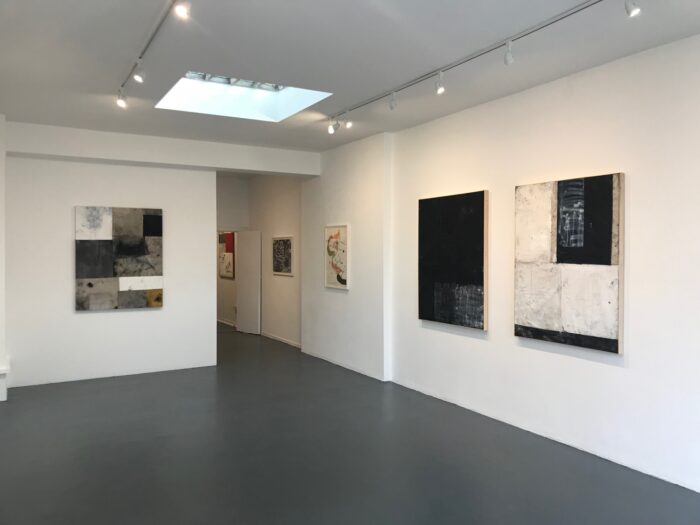 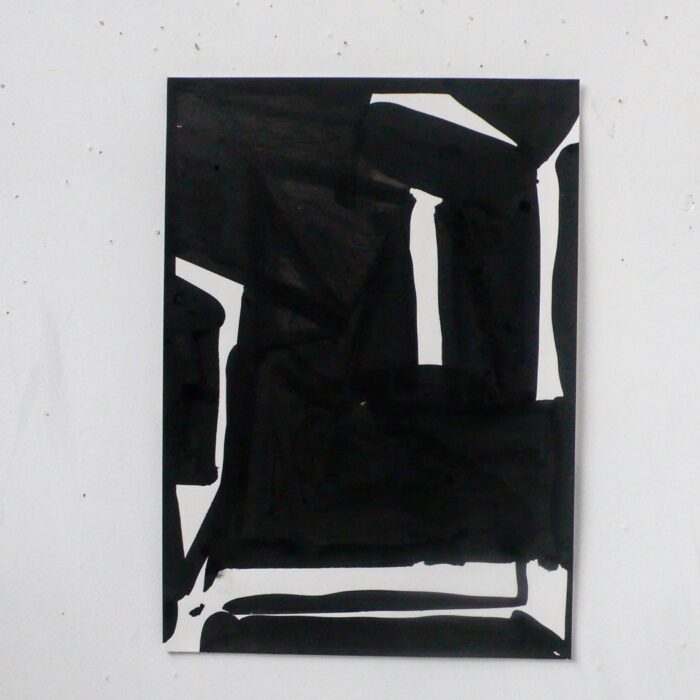 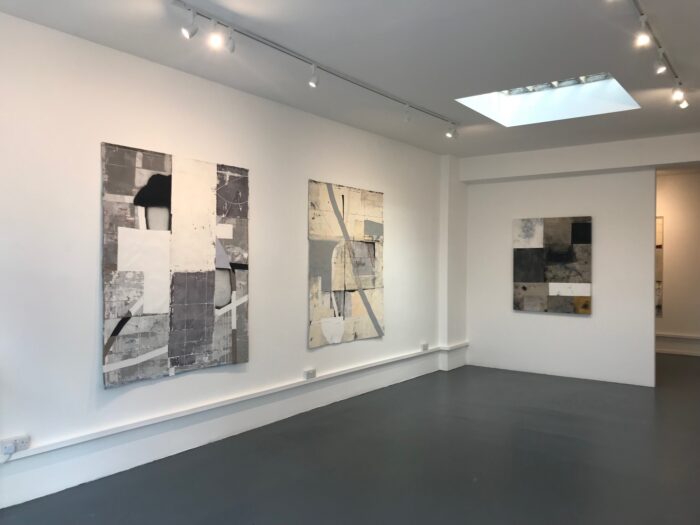 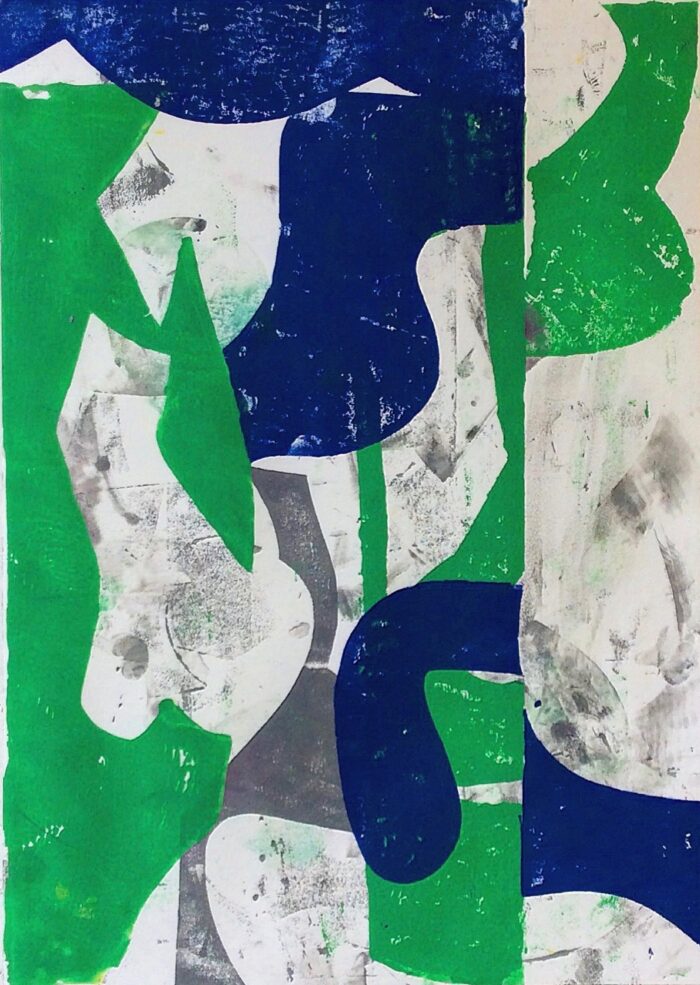 Joseph Grahame patches together painted canvas to compile his final works – therefore curating their composition after the paint has been applied to the canvas –  allowing dirt and debris onto the surface, encouraging folds and accidental marks to happen and leave their traces on the works.  Vincent Hawkins’ monotype relief prints further explore the idea of surface. Using colour, material, form and an extensive library of sketches Hawkins creates abstract works that evolve intuitively. Hawkins emphasises his use of play when making artworks, constantly exploring new ideas and process.  Antoine Puisais highlights the importance of how systems operate within his work, but always allows for the accidental and spontaneous. The compositions are guided by an interest in mathematical logic and repetition, yet these systems are often reused and overlaid using layers of plaster, paint and pigment to the point of abstraction. As a result, the canvases are a balance of methodical order and chaos, each painting a playground of possibilities and pitfalls.

Joseph Grahame (b. 1995) is a Leeds-based painter who is currently completing his MA in Fine Art at The University of Leeds. Grahame has been exhibiting his work since 2013, and has most recently shown with Rendezvous Artspace at Kvit Galleri in Copenhagen. With great excitement around this young artist, numerous publications and online platforms have featured Grahame’s work this year.

Vincent Hawkins (b. 1959) has exhibited extensively in Britain and internationally with solo shows in Chicago and Paris in recent years.  Hawkins’ work has been included in group shows in the USA, Italy, France and the UK. He was shortlisted for the Jerwood Drawing Prize (2006), was a finalist in the John Moores Painting Prize (2012) and a Prize Winner in the 2006 John Moore’s 24. Hawkins also exhibited work in the Summer Exhibition at The Royal Academy of Arts, London in 2007 and 2008. Hawkins was included in the inaugural exhibition at Sid Motion Gallery in 2016.

Antoine Puisais (b. 1975) is a self-taught French painter living and working in Cannes. Since the late 90’s, Puisais has exhibited in solo exhibitions in Turin, London, New York and Paris. His work has been included in group exhibitions and Art Fairs internationally, most recent presentations have been in New York, Miami, Turin and Copenhagen.