By working from found images, Jennifer Louise Martin and Pat O’Connor question the ideals of beauty portrayed in celebrity culture and commercial fashion campaigns, adding a surreal twist as they recreate these subjects in paint. 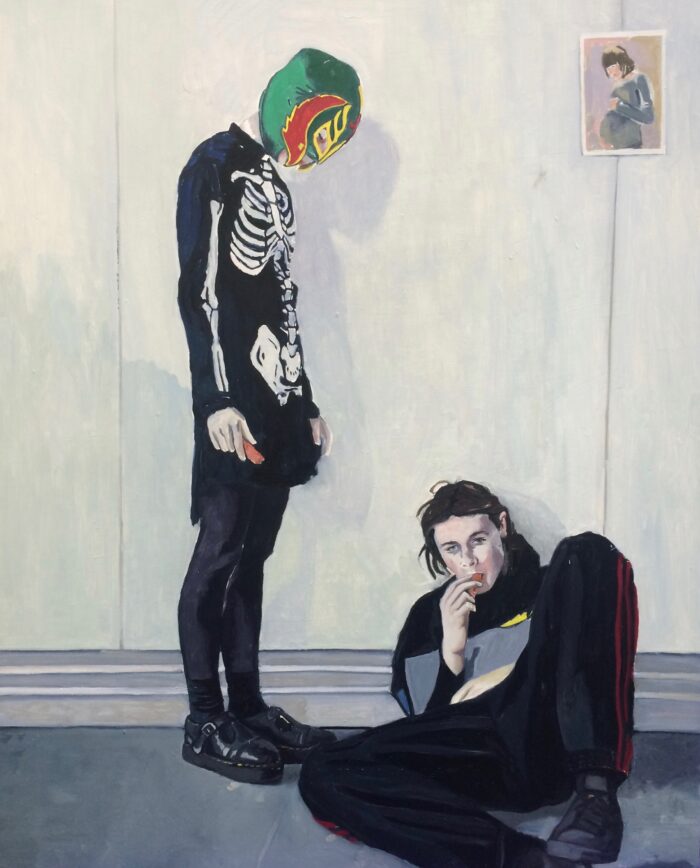 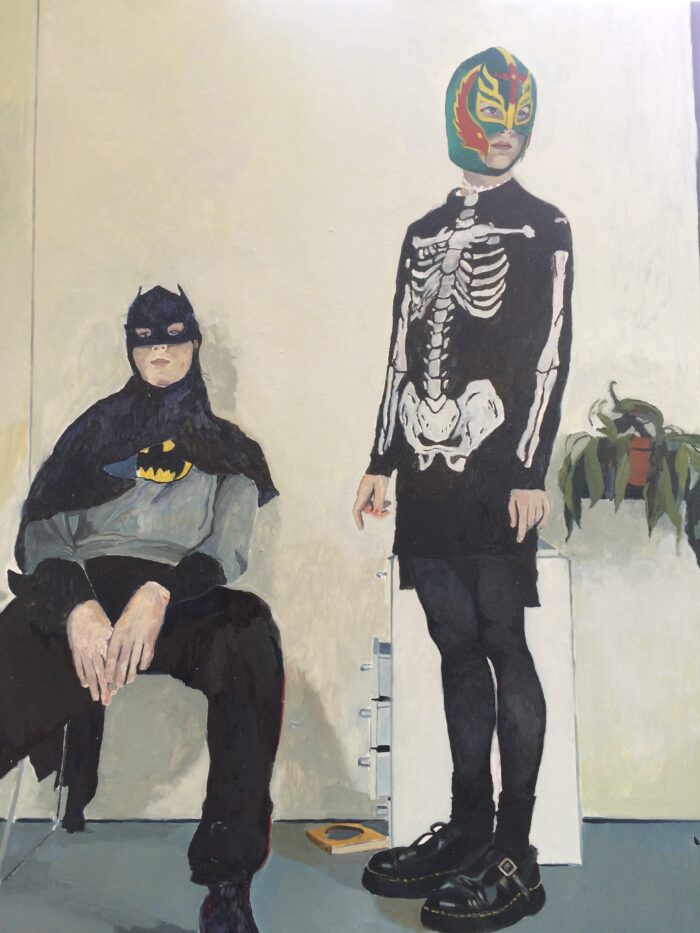 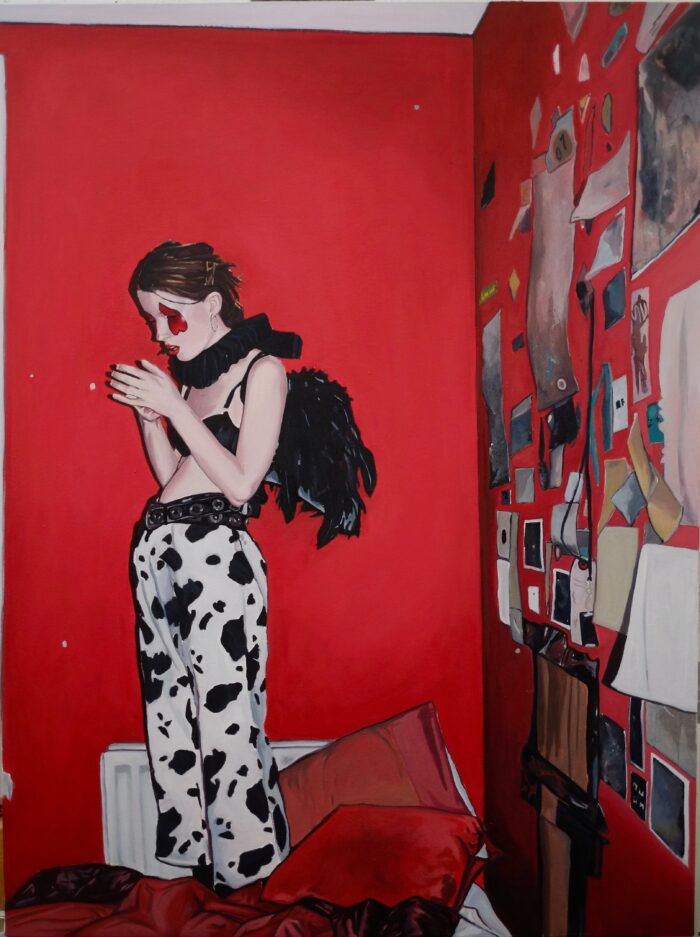 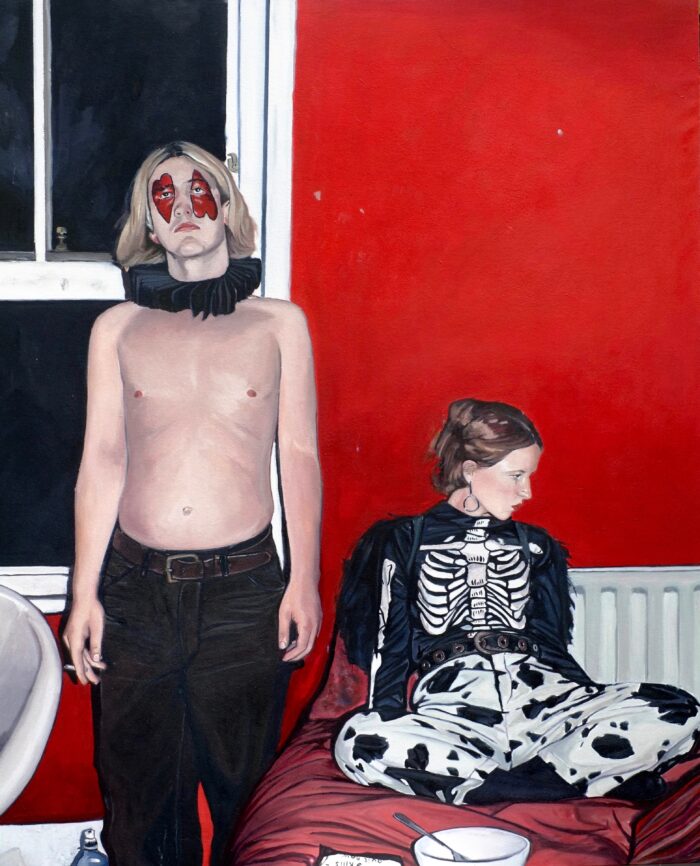 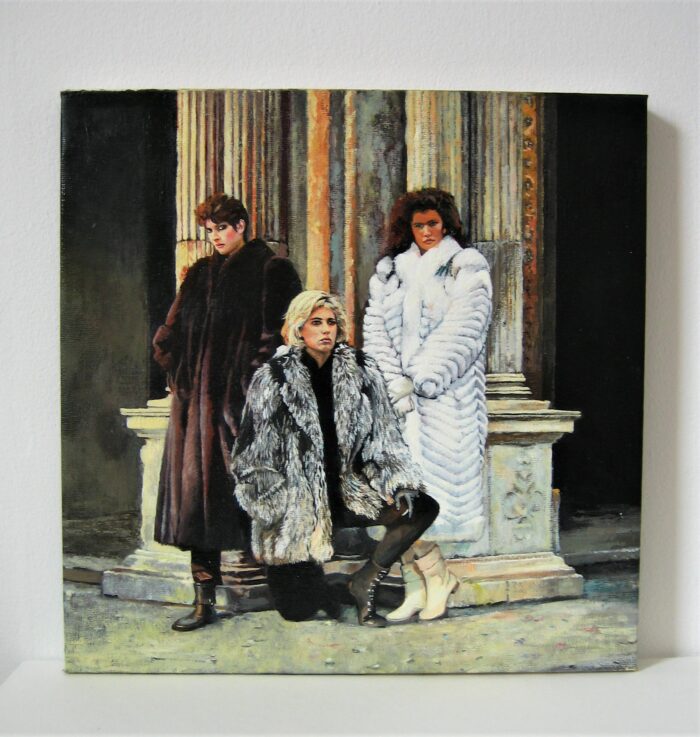 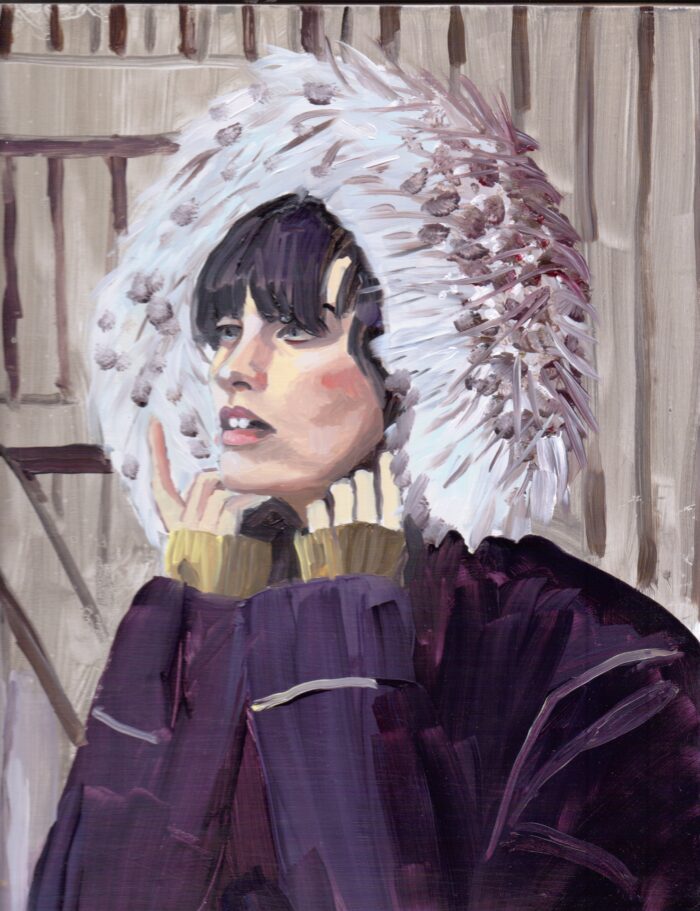 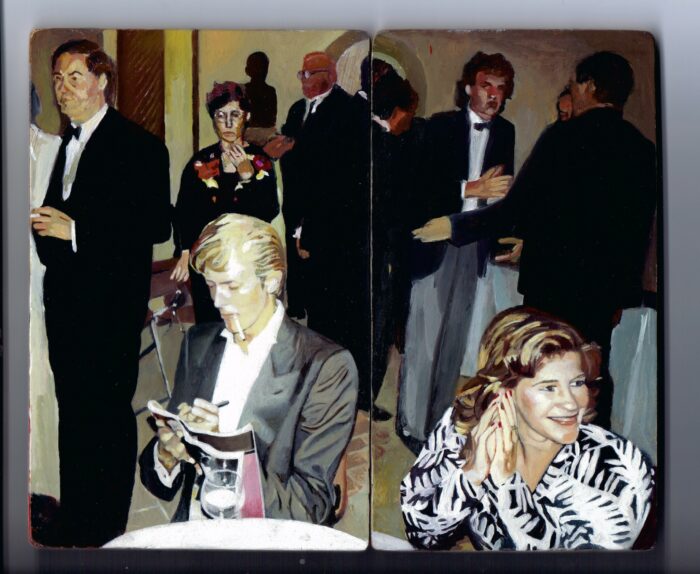 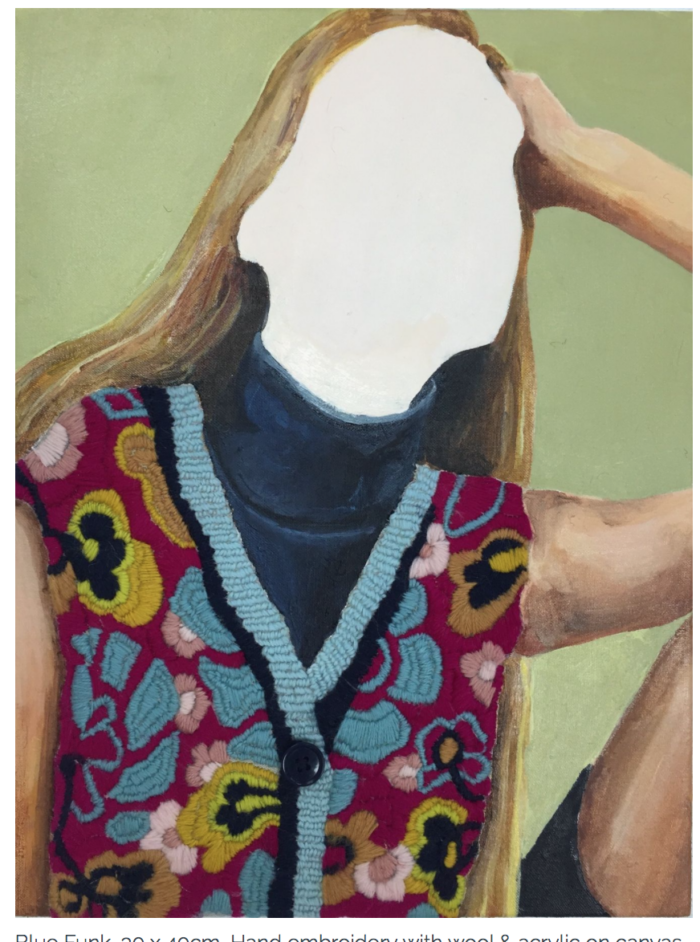 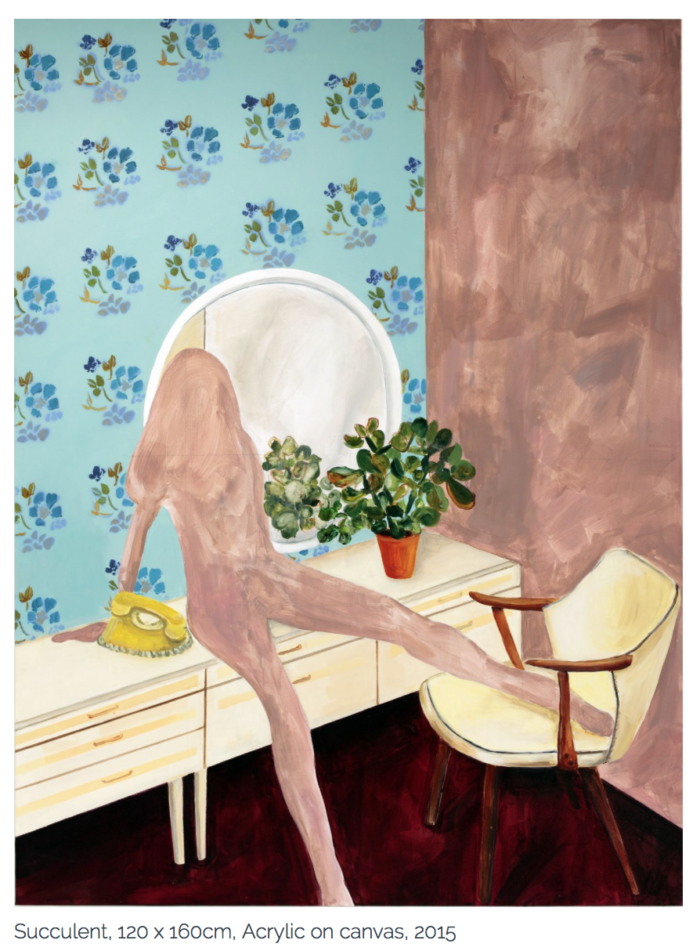 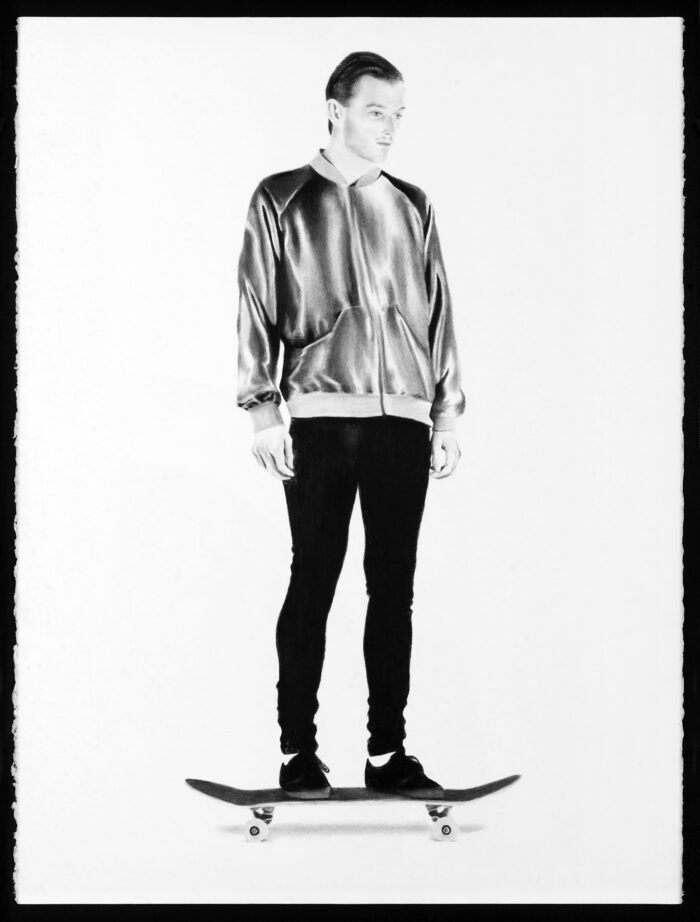 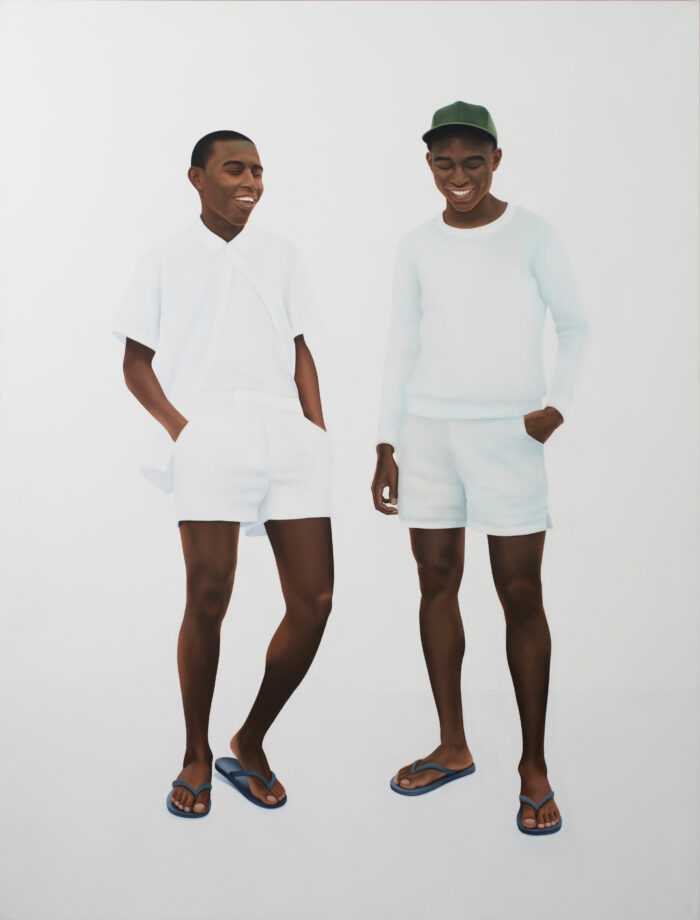 Pat O’Connor’s meticulous handling of paint leads us into a darker truth of these apparently glamorous worlds. Jennifer Louise Martin abstracts elements of the figure, weaving fictions around the images we are so accustomed to in the world of fashion photography.

Both Charis Entwisle and Daniel Wheeler stage their compositions with models and props, before depicting their subjects on canvas.

Through this theatrical character building the paintings investigate contemporary narratives and personal style, identity and the viewers gaze in the age of the selfie.

Charis Entwisle (b.1997, Bristol, UK) is currently studying Fine Art at Central Saint Martins College of Art and Design. He currently lives and works in London.

Jennifer Louise Martin (b. 1980, London) completed a Diploma in Art & Design at Central Saint Martins College of Art and Design before going on to do Psychology and Neuroscience at the University of Leeds, U.K. She then went onto complete a Postgraduate Diploma in Fine Art at Byam Shaw School of Art, Central Saint Martins, London. Recent solo exhibitions have included a Brand Collaboration with Zanzan Eyewear & Laura Bailey, Alex Eagle Studio, London, 2017; The Absence of Presence, Gallery 151, New York, 2013 and (Re) Fashioning the Gaze, Oak Tree & Tiger Gallery, London. She has exhibited extensively internationally in group exhibitions, Art Fairs and residencies.

Daniel Wheeler (b. 1976, West Yorkshire, U.K.) lived and worked predominantly in Europe, later returning to the U.K. to study Fine Art at Chelsea College of Art, 2009-2013. In 2014 Wheeler was shortlisted for the Clyde and Co Art Award and the Jerwood Drawing Prize. In that year he was also longlisted for the John Moores Painting Prize. He currently lives and works in Southend.