For Photo London 2019, it is a pleasure to show new collages and constructed photographs by Abigail Hunt, Hannah Hughes, Matthew Barnes and Dafna Talmor. 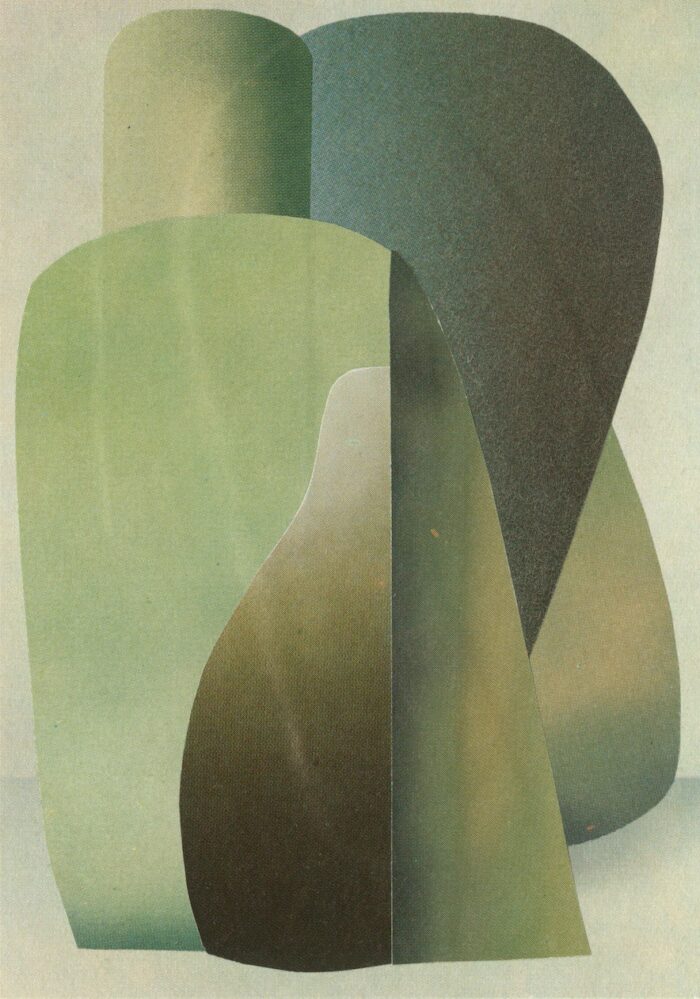 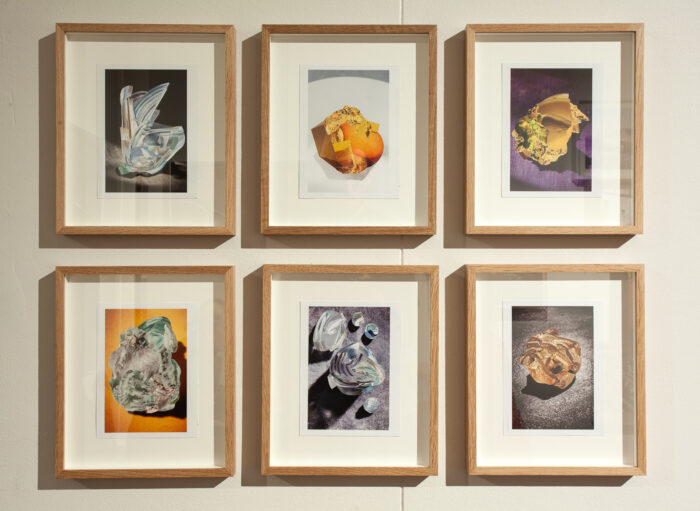 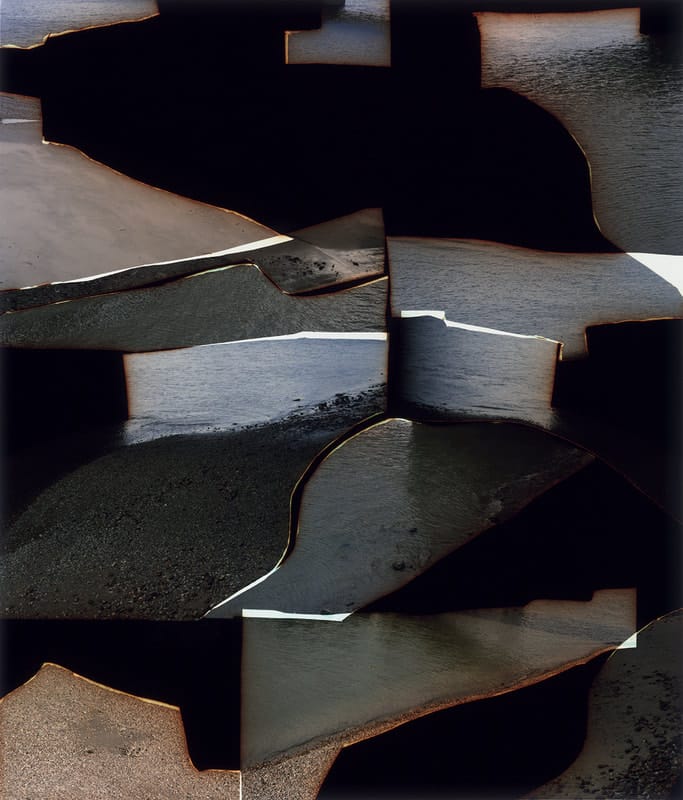 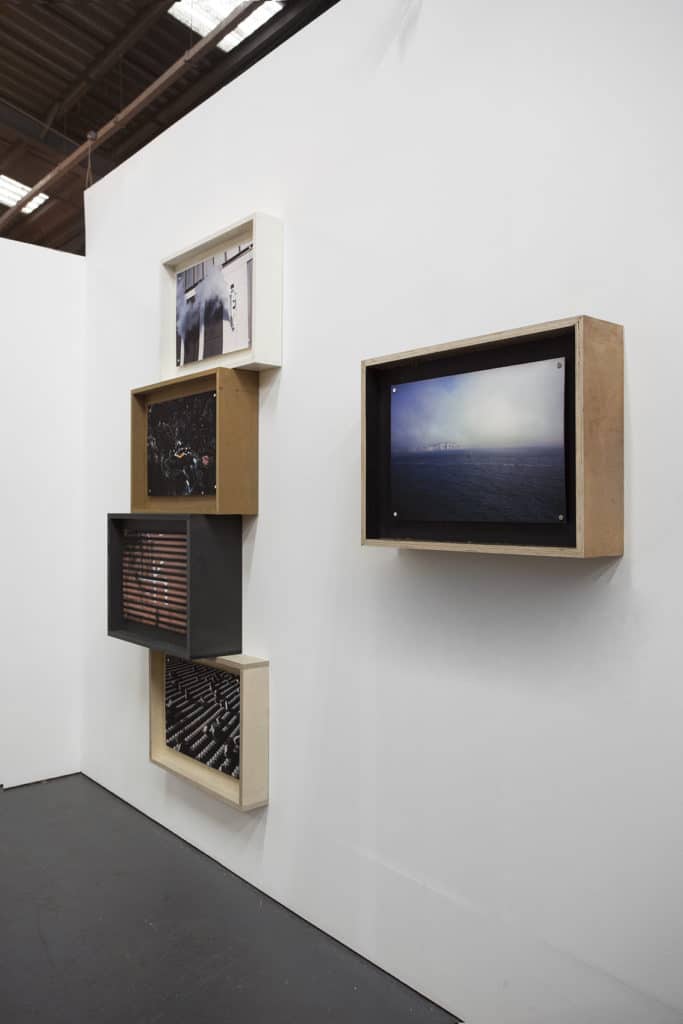 Hannah Hughes graduated from the University of Brighton in 1997. She has exhibited internationally and in the UK. Her recent exhibitions include: Shapely, CSA Space 2011; In The Future We Will All Be Modern, Arcadia Missa, London 2014; A5, LUBOMIROV EASTON / Platform Projects at Art Athina, Athens 2014 & 2015; Where One Form Began Another Ended, The Bakery Gallery, Vancouver 2016; and These Fingers Read Sideways, Fettes College, Edinburgh 2018. Her work was recently on view in Concealer at Copeland Gallery as part of the Peckham 24 2018, curated by Tom Lovelace; The Momentum at Angus-Hughes Gallery, London, curated by Saturation Point; and A Romance of Many Dimensions at Sid Motion Gallery, 2018. She exhibited at Format Festival, 2019, Derby in The Office of Revised Futures. Her work is included in ‘Material Immaterial’, an experimental publication curated by Rodrigo Orrantia. Her work has been published in the Financial Times Weekend Magazine, AnOther.com, The Royal Photographic Society and the British Journal of Photography.

Abigail Hunt has shown at 5 Years, Whitechapel Art Gallery, Camden Arts Centre, Platform for Art, London Underground, EAST International and Sid Motion Gallery. She has written extensive publications for clients, including Tate and Whitechapel, exploring interpretations of contemporary art. In addition, her separate collaborative practice with artist Kieren Reed involves a direct interaction with audiences within manufactured and suggested situations. They have worked on commissions for the Herbert Read Gallery, Tate Britain, IKON Gallery and The New Art Gallery Walsall. They have shown work internationally and in the UK, including exhibitions at Studio Voltaire and Gasworks as well as live performance works for Cubitt and the Folkestone Triennial.

Dafna Talmor is an artist and lecturer based in London whose photographs are included in the permanent collections of the Victoria and Albert Museum, Deutsche Bank, Hiscox and private collections internationally. Her work has been featured in numerous publications including Camera Austria, ArtReview, IMA, Elephant, BJP, 1000 Words, Photomonitor, to name a few. Talmor is the recipient of the Breathing SPACE Bursary, Arts Council England Grants for the Arts Awards, Photofusion Select Bursary and the IV Daniela Chappard Biennale Photography Award. Talmor was recently commissioned by the FT Weekend Magazine for the Photo London 2018 supplement and showed work in the concurrent My London group show in Peckham 24 2018 curated by Emma Bowkett. Talmor’s recent solo shows include Constructed Landscapes at TOBE Gallery (Budapest, 2018). Talmor was shortlisted for the MACK First Book Award 2018, which was displayed at Photo London 2018, and the Unseen Dummy Award, displayed at Unseen Amsterdam 2018. Current group exhibitions include Moving the Image at Camberwell Space, London, running concurrently to Photo London 2019 and ...on making in Gdansk National Museum Poland.