Sid Motion Gallery is pleased to present a group exhibition, 'Play on Repeat', which includes new sculpture, painting and works on paper by Louis Caulfield, Alice Irwin and Morgan Wills.

In collaboration with dateagleart, Sid Motion interviewed the artists in ‘Play on Repeat’ in a series of podcasts | Listen here.

Conceived around ideas of play and repetition, ‘Play on Repeat’ explores how these artists are using various mediums in their imaginative investigations of this broad field. All three artists included in the exhibition use the repetition of a motif or an imagined character, which often become abstract forms within the composition. 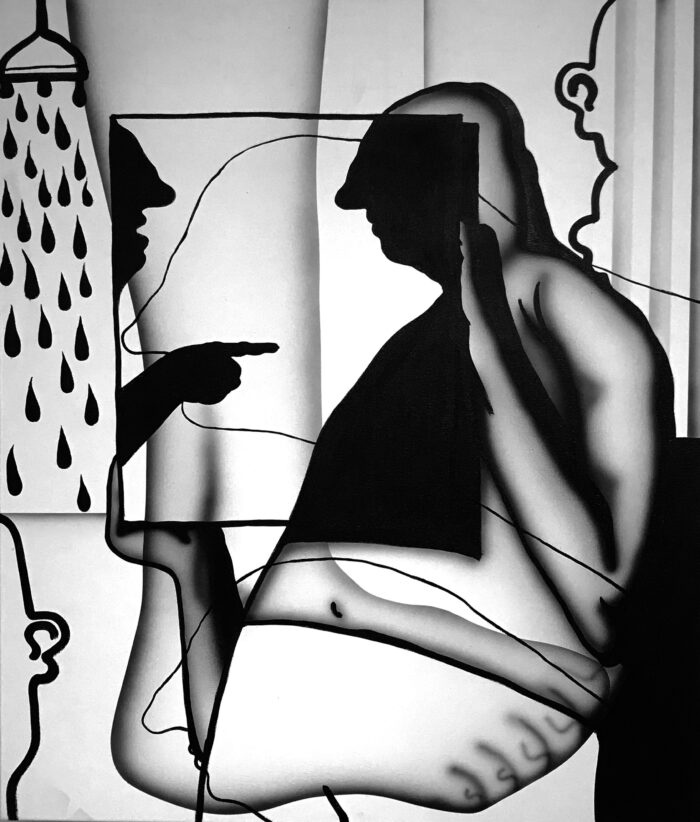 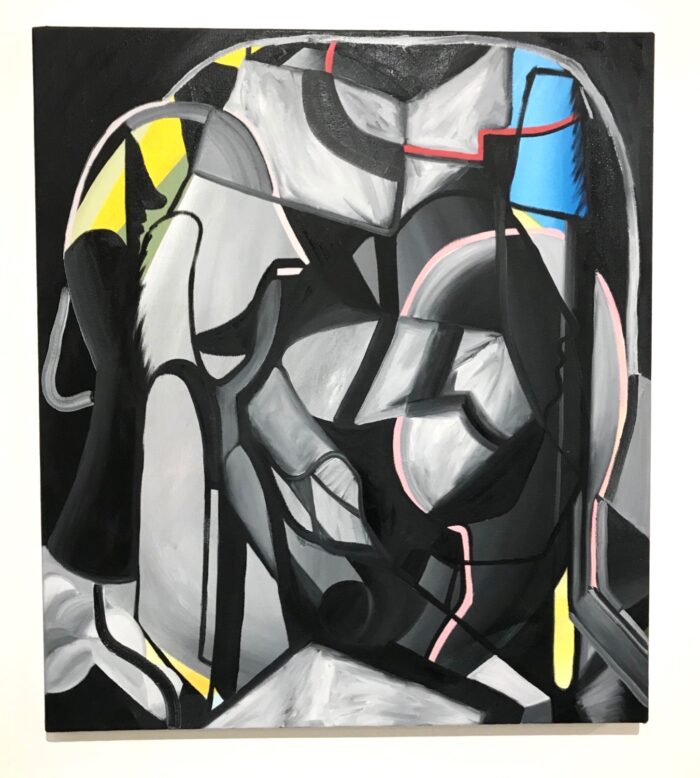 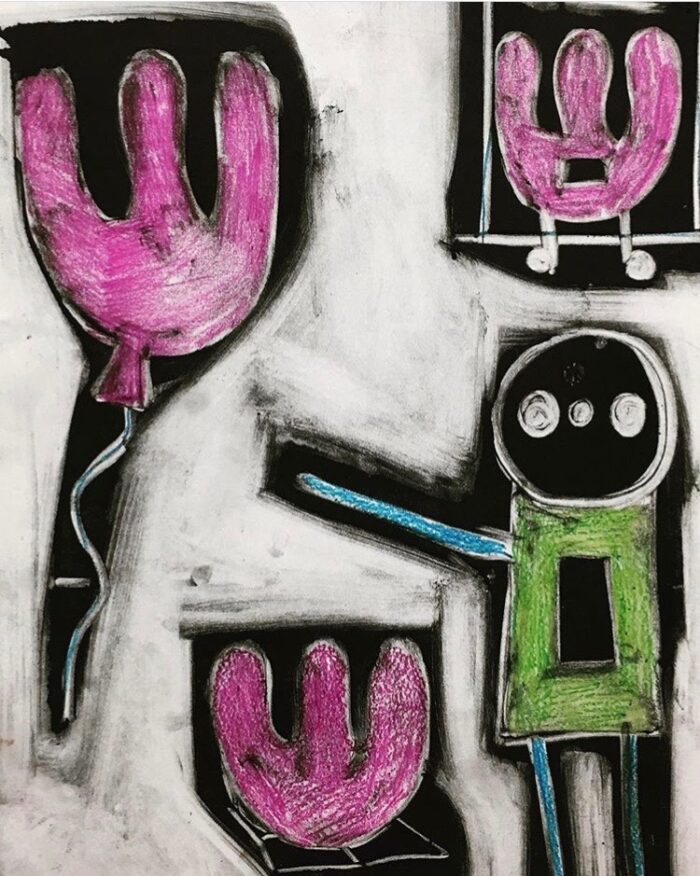 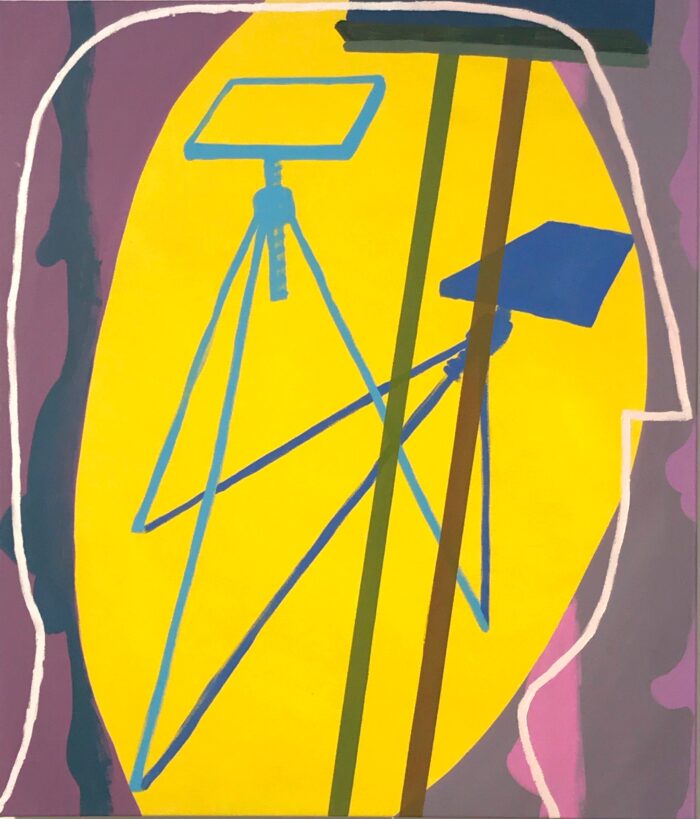 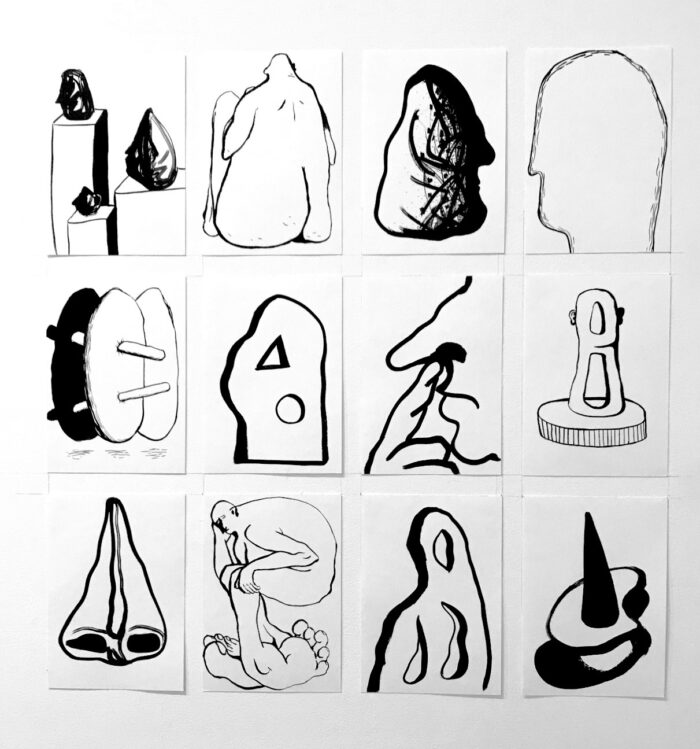 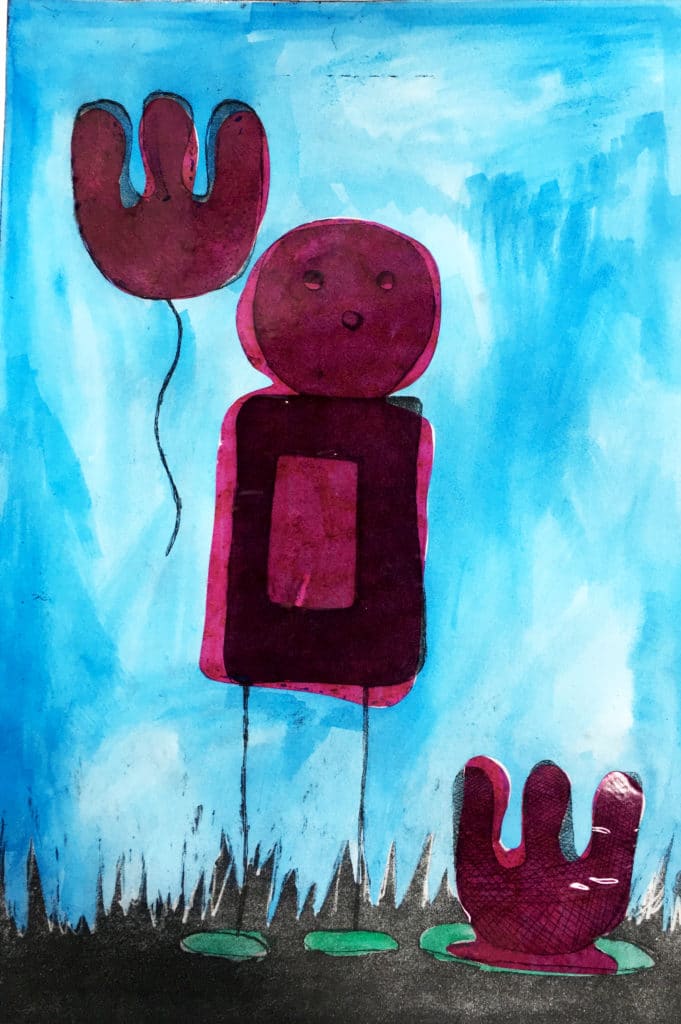 Based on the notion of play as an activity for enjoyment and fun filled creativity, rather than for a practical purpose, the show’s curation aims to echo this stream of thought at the core of each of the artists’ practice with a playful display of mixed media, styles and vibrant colour.

All the works here have a strong sense of humour but are never entirely light-hearted: Caulfield’s works delve into deeper emotional situations, and both Irwin and Wills invoke the darker and more macabre aspects of humour in a show that is as thought-provoking as it is enjoyable.

Louis Caulfield graduated from Wimbledon School of Art in 1994 after a Foundation course at Chelsea School of Art & Design in 1992. Pursuing an interest in Film, since graduating Caulfield has worked as a lighting cameraman working predominantly on documentaries about Art and History. Rediscovering the joy of painting only a few years ago, in December of 2016 Caulfield exhibited in a two-man exhibition, ‘Look at Us’ at Cob Gallery, London.